You want the best for your girl, at home, at school and in life. That's why Girl Scouts is happy to share straightforward, realistic, and proven  advice on everything from family pets to more serious issues like bullying and school struggles. Follow along with us as we share some of our favorite articles, and discover them all on GSUSA's Raising Awesome Girls page.

“I’m fat.” Those are just two little words, five letters in total, but coming from your daughter, they’re enough to make your heart totally sink. How could a girl who’s typically so kind and accepting of others be so disparaging of herself?

According to studies, a whopping 80 percent of 10-year-olds are afraid of being fat. Why? Because they’re constantly surrounded by both subtle and direct messages that curvier or heavier girls aren’t as well liked, aren’t as likely to succeed in business, and in general, aren’t going to have as much fun or happiness in their lives. Think about it: many of the animated heroines they idolize have unrealistically thin bodies, gossip magazines and websites are quick to call scandal on even an ounce of celebrity cellulite, and so called, “fat jokes”—despite their inherent offensiveness—remain completely acceptable in many circles as well as in movies and TV shows. It’s a pretty sad state of affairs.

So, when your daughter does call herself fat, as her parent your instinct might be to immediately brush off her concerns by saying something like, “Don’t be silly! You’re beautiful!” The thing is, though, that response might actually do more harm than good. “First of all,” says Girl Scouts’ Developmental Psychologist, Dr. Andrea Bastiani Archibald, “if she really sees her body in a certain way, simply telling her to stop seeing it that way isn’t going to help much. Remember that infamous dress on social media a few years back that some people thought was blue and some thought was gold—and how frustrating it was when those who saw it differently insisted that you were seeing it wrong and tried to get you to see it their way? That’s kind of how your girl is going to feel when you tell her that her body simply isn’t the way she thinks it is.”

Secondly, by telling essentially telling her that she’s not fat, she’s pretty, you’re reinforcing the idea that fatter, rounder, curvier or heavier bodies aren’t beautiful—which simply isn’t true. There are endless ways to be beautiful, and your daughter will grow up with a much healthier relationship to her body if you teach her that in a genuine way from a young age.

So what should you do when your daughter calls herself fat? Follow these tips from Dr. Bastiani Archibald:

Sadly, there’s no instant fix to society’s fat-shaming problem and the limiting depictions of beauty that are held up as standards for girls and women. But there are things you can do at home with your daughter, and in your daily life in general, to help fight against this culture and create a better one where all are celebrated as wonderful and worthy. 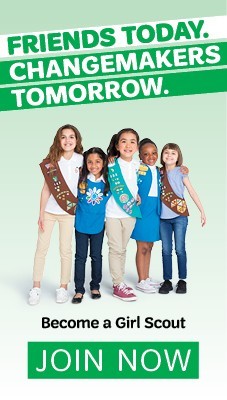