Thank you to all who joined us at our 2022 Women of Distinction Luncheon, and to our honorees, Girl Scout participants, and our sponsors. Thank you for investing in the next generation of female leaders!

Missed the event? Never fear! Watch a Recording of the 2022 Women of Distinction Luncheon (also available with closed captioning) and check out the event program today.

About the Women of Distinction Luncheon

The Women of Distinction Luncheon recognizes outstanding women leaders for their contributions to the community. Honorees exemplify the Girl Scout mission as women of courage, confidence, and character, who make the world a better place.

Your support helps Girl Scouts give girls a clear road map for success that focuses on four pillars: STEM education, the outdoors, life skills, and entrepreneurship. Your gift supports Girl Scout activities and programs for girls throughout Oregon and Southwest Washington.

Make a Donation
Support the next generation of female leaders—give online today!
Donations can also be mailed to our Portland Service Center at 9620 SW Barbur Blvd., Portland, Oregon 97219, or given by phone or email by contacting Mary Lee Alder at 503-977-6807 or mlalder@girlscoutsosw.org. 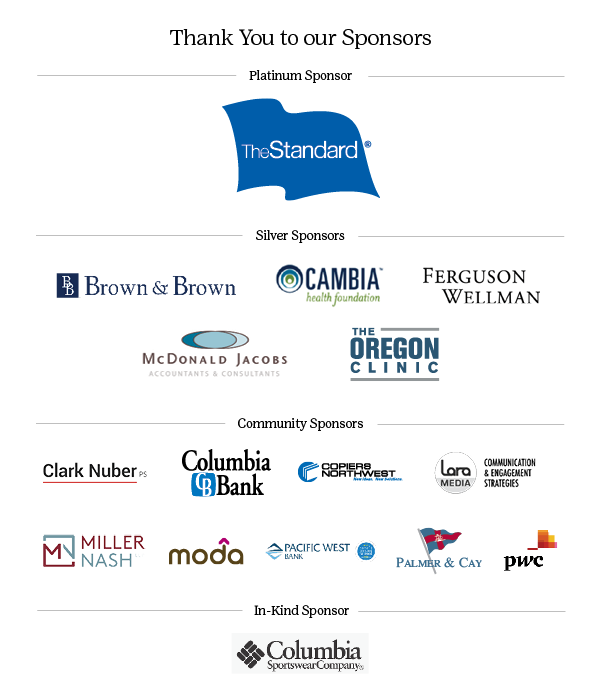 In Honor of Marie Lamfrom

Marie Lamfrom served in World War I as a nurse, working on the Russian front at the age of 18. At the end of the war, she returned home to Germany and married Paul, then had three daughters. As the Nazis rose to power, Marie and her family fled to Portland, Oregon. They purchased a small hat company, which later grew to become Columbia Sportswear.

Read more about Marie Lamfrom and her impact on Girl Scouts »